Red Flags In The Idaho Backcountry

When Mark John spotted two hikers in the backcountry of the Frank Church River of No Return Wilderness – something didn't seem right:

“Usually when you meet people in the back country, you have a pretty good encounter, you know, and talk about where they've been and where they're going. But they didn't want to talk,” he told reporters at CNN. 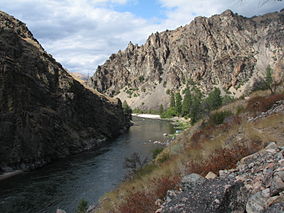 The Idaho horseman was riding with his wife and another couple when he came upon James DiMaggio, 40 and Hannah Anderson, 16 who were hiking near the Salmon River.  He had a backpack, and she was wearing what looked like either sweatpants or pajamas.

“They were just like a square peg going into a round hole. They didn't fit.”

Turns out that DiMaggio (who is suspected of killing Anderson's mother and younger brother) resisted arrest after they were later tracked by an FBI tactical team who  shot and killed DiMaggio.

Hannah Anderson was then returned to her father – who knew and was friends with DiMaggio in San Diego County, California.  Fortunately for Anderson, the horseman recognized that something was wrong in the backcountry and reported it to law enforcment.