Bill Bryson's A Walk In The Woods, set to start filming? 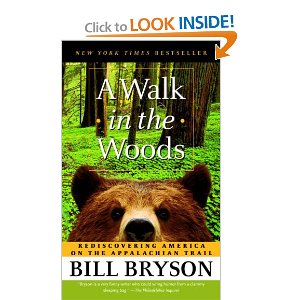 There have been rumors of a movie being made about Bill Bryson's book A Walk In The Woods for the last few years.  But is it finally going to happen?  If you believe the LA Times, then maybe….

” But now, in what portends to be great news for fans of the book, not to mention fans of Robert Redford and Nick Nolte, veteran filmmaker Richard Linklater is set to take the helm. The Los Angeles Times reports that shooting of the independently financed movie could begin as early as this fall, according to Robert Redford, who will produce and star in the film. Nick Nolte will star as Katz opposite Redford’s Bryson.”

I'm still having troule seeing Nick Nolte as Katz, but then again … I haven't seen him on screen in a while.   The more I think about it .. he could be perfect in that role.  Regardless, I'm glad to not be thru-hiking the A.T. in 2014-15.  If the movie really films this fall and releases by next year – it will be a madhouse on Springer Mountain in the Spring.